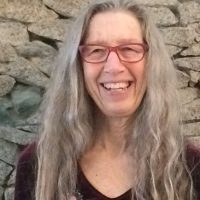 I have been working at the Faculty for over 35 years. Prior to this, I received a Bachelor of Science degree in forestry from Bangor in North Wales and master and doctoral degrees in forest entomology from the University of British Columbia. I became a Registered Professional Forester in 1981. I have been actively involved in the collection and analysis of data pertaining to forest sector research in British Columbia and Canada (Binkley and Watts, 1992, 1999; Watts and Kozak, 2000). More recently I was involved with updating information on the status of forestry research in Canada (funded by the FIA Forest Sciences Program). I taught the course “Introductory biometrics for forestry” in a distance education format from 1985 to 2013 (Kozak and Watts, 1986). Currently, I teach Forestry graduate courses in oral and written communication skills . In 2005 I co-edited the text book “Forestry Handbook for British Columbia” in its fifth edition (Watts and Tolland, 2005). In 2008 I coauthored a new text book (Kozak, Kozak, Staudhammer and Watts, 2008) entitled “Introductory Probability and Statistics – Applications for Forestry and the Natural Sciences”. This text book is now published in a revised 2019 edition.

Principles and practice of oral presentations.